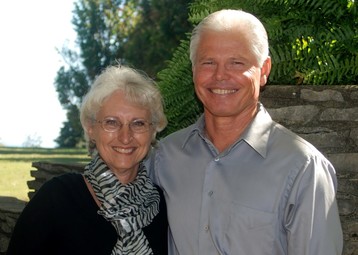 Truly Mark & Helen exist in a limbo status between two worlds, but the Zimbabwe Staff was quite full!

Mark & Helen are both native to Southern Indiana where they spent most of their childhood. Mark was a block mason for 20 years and started his own construction company.

The Lord called Mark & Helen into the preaching ministry and he began attending Louisville Bible College.  In 1987 he moved the family (Annette, Melissa, & Heather) to Knoxville, TN to attend Johnson University (then Bible College). Mark preached at Meadowbrook Christian Church and continued full-time after graduating.  In 1992, Mark and Helen once again answered the Lord's call to further the kingdom by moving to Zambia to work with the established Zambia Christian Mission.  Heather being the youngest, joined them on the mission field. In 1996 the Begarly's had made the move to Zimbabwe to start a Camp Ministry and since then many more have been started.

When on furlough Knoxville, TN is called home.  When not in Knoxville Mark and Helen can usually be found at an interstate Cracker Barrel as they tour the US, updating the supporting Churches, preaching revivals, and spending time at VBS' and Camps.

Mark and Helen's three daughters all married and stayed in Knoxville. They also have 6 grandchildren ranging in ages from 6 to 19. 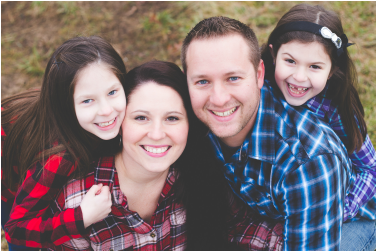 Michael and Heather are both graduates of Johnson University (2005).  Michael was born and raised in St. Louis, MO, while Heather has roots in Indiana, Tennessee, Zambia, and Zimbabwe. Upon graduation they made Knoxville, Tennessee their home where Michael worked as an electrician and Heather began to raise their newborn daughter.

In 2007 Michael began working part-time with the ministry until June of 2008 the position became full-time. Heather has been his wing-woman in the ministry when available as she also homeschools Adah and Lydia.

Michael's chief responsibility is that of a full-time Forwarding Agent for Mark and Helen. In short, he is the life line to the US that allows them to focus on the work in Zimbabwe.

He also overseas all business aspects of the non-profit organization, Hearing & Receiving Christ Ministries, Inc which is the umbrella organization for a total of four missionaries to Zimbabwe.

Many people have asked him the question, "What do you do?" and the reply is usually "Call me each day of the week and and I am probably doing something different." 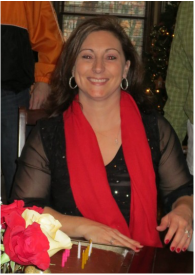 Annette has volunteered her time since July 2012 as the bookkeeper for Zimbabwe Outreach Ministries.